Ardagh has introduced the latest newcomer to its range of infinitely recyclable coloured beverage ends: a beautiful white shell.

Bang on-trend, the white Coloured Shell was originally a specific Ardagh customisation for Bavarian craft beer company AND UNION. It is now available to all customers who are seeking a bright and contemporary finish for their cans.

Ardagh’s catalogue of beverage end options boasts a wide selection of attractive colours and finishes for both the shell and the tab. With the addition of stylish white as a shell finish, the choice expands once again, resulting in exciting new possibilities for beverage ends which are guaranteed to stand out at point of sale. Customers will be able to match any tab from Ardagh’s existing colour range with the white shell in combinations that achieve either a sleek and sophisticated complement, or an eye-catching contrast.

The white shell has already proven itself a head-turner as it formed an important element of the design for AND UNION’s unfiltered lager can, which won a silver medal at 2017’s Cans of the Year awards. The company was seeking a modern, minimalist look to reflect their values, and Ardagh developed the white shell in response, pairing it with a black tab.

Henning Madea, Chief Executive Officer at AND UNION says, ‘We’re proud to have been the first to use Ardagh’s new white shells. When we were conceptualizing our packaging design back in 2016, we were looking to evoke a clean, uncomplicated and ultra-modern message, and Ardagh delivered with the white Coloured Shell/ black Coloured Tab combination. In fact, we loved it so much we now use it across our entire range of cans.’

‘The white shell was a real success for the AND UNION cans, and now we’re delighted to be making it part of our Coloured Shell range,’ says Dirk Schwung, Sales Director at Ardagh Group’s European Metal Beverage division. ‘We’re always looking to innovate to meet customer needs, not only technically but with aesthetics and branding too.’

The white shell matches all the size specifications of the other shell options and can run at standard speeds on the filling line. It is available to all customers from October 2019.

Quintet of gold stars for Ardagh

Ardagh and Glenfiddich nod to heritage

The new Glenfiddich bottle has been designed to emphasise the brand’s special provenance and unique heritage, taking cues from its origins in the Valley of the Deer. Ardagh Group’s Design Team worked closely with Production, using their creativity to adapt the triangular bottle, designed by Here Design, to work flawlessly on production and filling lines, while delivering William Grant & Sons’ vision for the distinctive new bottle.

Ardagh Group has incorporated a new addition in to its Coloured Tab and Shell portfolio: a stunning new copper colour which will give any can that extra shelf appeal. The eye-catching copper tone brings a beautiful finish to the can, differentiated from any existing colour solution for aluminium packaging.

The challenge of replicating the distinctive flutes of Jupiler’s glassware in an embossed can has led to tooling innovations that enable Ardagh Group to render embossed designs with greater definition, creating new branding opportunities for its customers.

Oliver Winery is best known for its quality, and it’s no secret that quality wine deserves quality glass bottles. The bottles for Oliver Winery leverage the brand’s existing design assets with a modern, premium look and feel, all manufactured in the U.S. by Ardagh.

Fizzy coffee in a can

In a Europe first for beverage packaging, Ardagh Group is introducing a new slimline 187ml can specifically designed to present and protect wine and wine-based drinks.

With premium cocktails increasing in popularity, but traditionally demanding time and skill to serve to customers, Funkin have opted for Ardagh’s Nitro Can to deliver their ground-breaking range of canned cocktails.

If manufacturing must involve a carbon footprint, then Ardagh Group aims to tread as lightly as possible.

Ardagh Group, Glass – North America, a division of Ardagh Group, has signed a long-term supply agreement to be the exclusive supplier of glass bottles for Mountain Valley Spring Water.

Ardagh Group has gained a much coveted Alufoil Trophy 2019 for their new seafood can for Orkla Food Norway; a printed, easy open, aluminium lid and container for a traditional fish fillet. The attractive can is ultra-thin which provides an even greater sustainability advantage without affecting the can format or high-speed filling performance.

Top energy drink brand Rockstar Energy is deploying several of Ardagh Group’s innovative beverage end features in a new and exciting range of promotional cans. As sponsors of summer rock music festival Rock am Ring, Rockstar is running a festival-branded ‘every beverage can wins’ promotion across its range of flavoured energy drinks.

Atomic Brands, the company behind the successful launch of the Monaco line of premium spirit cocktail beverages, is extending its lineup with new Moscow Mule and Kentucky Mule offerings. These new entries, as well as its entire line of spirit-based beverages, are packaged in environmentally-friendly aluminium beverage cans.

Ardagh Group's beverage can manufacturing facilities in Fairfield, California, and Fremont, Ohio, and its food can manufacturing facility in Reno, Nevada, USA have achieved International Organisation for Standardization (ISO) 14001:2015 certification. Plans for additional Metal – North America plants to become ISO 14001 certified are underway with teams engaged in the process across numerous locations.

The exclusive attention to detail and commitment to uncompromising quality of Farrow and Ball also applies to the brand’s choice of metal packaging for its full range of distinctive colours. The metal can with its recognisable iconic design has been printed and produced in various sizes for over 20 years by Ardagh Group at its plant in Norwich, eastern England. 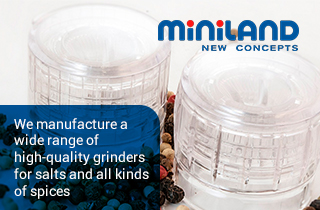 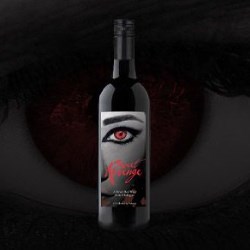 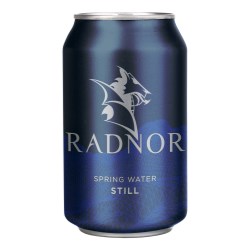